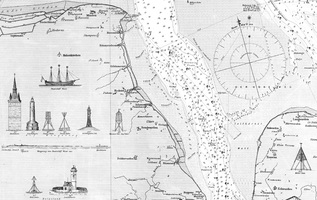 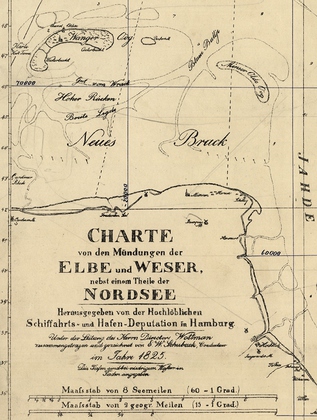 Although the first approaches to the development of nautical charts for the North Sea and the Baltic Sea (especially in the Netherlands and Sweden) were made as early as the end of the 18th century, there was still a long way to go before German nautical charts were established. At the beginning of the 19th century, German cities along the North Sea published their own nautical charts. These were restricted only to the navigation to their own ports and their quality did not match the existing charts of other nations. A good example for this is the oldest map in the BSH’s chart archive from 1825.

The situation changed when the Prussian state began publishing nautical charts in Germany. From 1841 to 1843 the Prussian Ministry of Trade published "Prussia's Sea Atlas" of the Baltic Sea, from 1858 to 1859 the Prussian admiralty published the "Sea Atlas of the Jade, Weser and Elbe Estuaries". From 1861 the Hydrographic Bureau, established at the Prussian Navy, took over responsibility for the production and publication of German nautical charts. 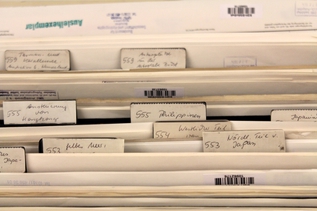 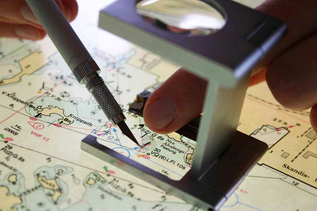 Until 1994, the BSH published nautical charts of sea areas all over the world. However, there was and still is a lively exchange of information and data between the hydrographic services in the interest of the safety of shipping traffic. From 1994 onwards, the German charts of international waters were gradually withdrawn. Since 2015 we only produce charts of the German North and Baltic Sea coastal waters and adjacent foreign territories are. Nowadays in accordance with international agreements, each country issues charts of its own coastal waterss that meet international standards. 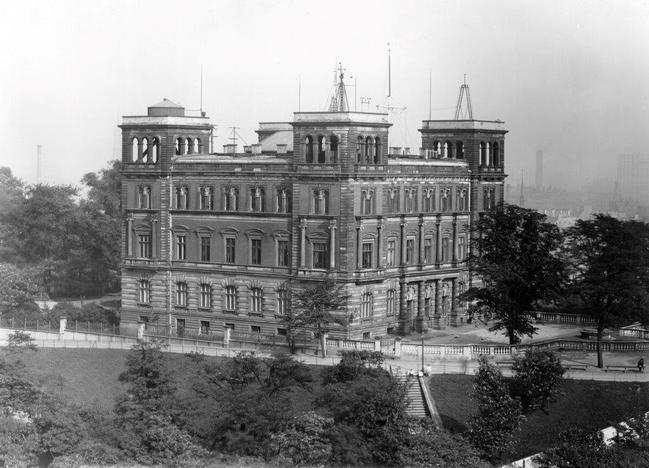