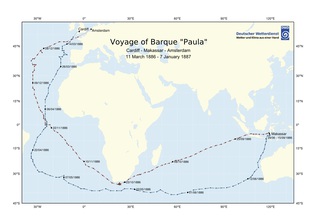 132 years after the message in a bottle was thrown overboard by the German bark PAULA in 1886, Tonya and Kym Illman discover an "interesting old bottle" on January 28, 2018 while driving an off-road vehicle near Wedge Island (Australia). The bottle lies 70 m inland in a flotsam trap in wet sand. The bottle has no cap and is full of sand. When the finder empties the sand, a firmly rolled paper falls out, which is bound together with string.

There is no evidence of cork, iron stains, wire or wax indicating the method of closing the bottle. There is also no cork inside the bottle. After returning home, the finders roll out the paper and dry it in a low heat oven for ten minutes. The message and the bottle seem historically significant, so the finders contact the Western Australian Museum for more information about their find.

Information from the Western Australian Museum

According to the Western Australian Museum, the bottle found is a square gin/genever bottle with embossed lettering with the inscription "DANIEL VISSER & ZONEN/ SCHIEDAM". It is produced in a mouth-blown form, which corresponds to bottle production techniques of the 19th century. Dutch archaeologists are consulted for a more precise dating recommendation and explain that this bottle type was produced between 1880 and 1900. The manufacturing date of thus falls within the period during which the German ship PAULA was on the move in 1886 on behalf of Georg Balthasar von Neumayer’s current experiment . The bottles that went overboard from the commissioned ships, all contained the same documents on which place and time of discovery were to be noted with the request to send the document back to the North German naval observatory, in order to draw conclusions from it on the current conditions.

The location of the bottle on the Australian coast is directly East-North-East of the recorded drop-off location of the German Bark PAULA in the Indian Ocean in June 1886. This route corresponds with the prevailing current and drift patterns of the Western ocean in the Eastern Indian Ocean. Within a few months a bottle could have travelled from this place to the Western Australian coast and remained there in the sand. However, it is difficult to calculate how long the bottle was finally on its way. Nevertheless it is astonishing that after such a long time the document was still legible and the flow calculations could be confirmed. Even to this day simple methods can achieve the desired results. It is only a matter of time. 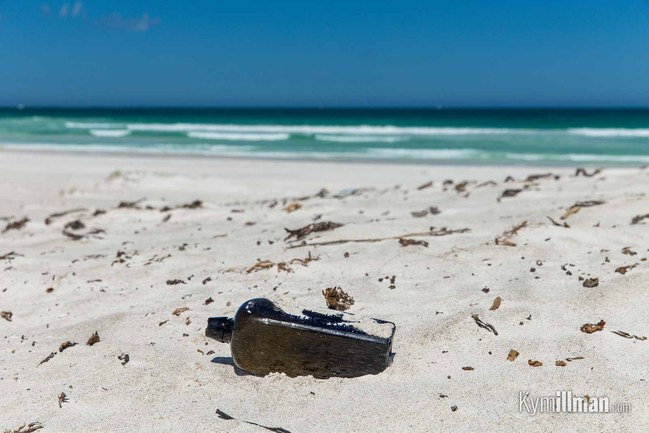 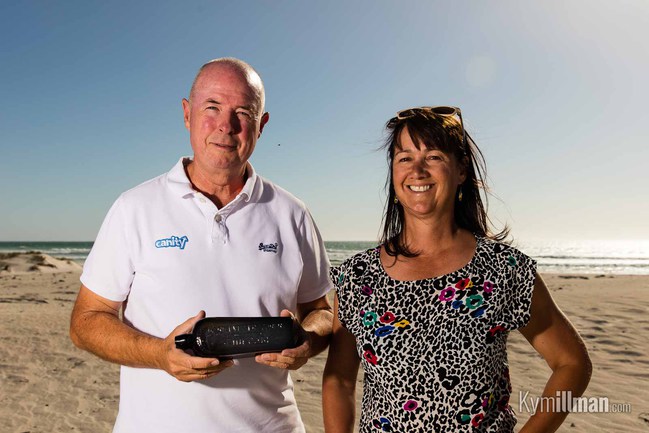