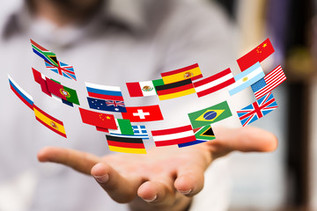 Since its establishment in 1960, the Intergovernmental Oceanographic Commission (IOC) of UNESCO has had the task of promoting international cooperation in the field of marine scientific research and coordinating programmes for marine scientific research, sustained long term ocean observation and capacity development. Under the United Nations Convention on the Law of the Sea, the IOC is the international organization responsible for marine scientific research. IOC is a body with functional autonomy within UNESCO. Meaning that IOC has own Statutes, own governing bodies (General Assembly and Executive Council) and own membership. Currently IOC has 150 member states. IOC is reporting to UNESCO and receives its regular budget from UNESCO.

The focus of IOC lies in sustained long-term ocean observation. IOC is together with the World Meteorological Organization (WMO), the UN Environment Programme (UNEP) and the International Science Council (ISC) a co-sponsor of the Global Ocean Observing System (GOOS). GOOS coordinates the physical, biogeochemical and biological observations programmes and facilitates data access and sharing through the International Oceanographic Date and Information Exchange programme (IODE). Observing data is the fundament for scientific research and ocean services, such as marine forecast and warnings, as e.g. the Tsunami Early Warning System. IOC assembles the global knowledge on the ocean and supports other international fora such as the Intergovernmental Panel on Climate Change (IPCC) with its expertise.

Germany is a founding member of the IOC and since then an active supporter of IOCs work, inter alia through its seat on the Executive Council. In 2017, the IOC General Assembly elected the former President of the BSH, Monika Breuch-Moritz, as Vice Chair. In 2019 she was re-elected for a second and last term.

The German IOC Section (D-IOC) is responsible for coordinating the participation of German institutions and individual scientists and for coordinating with the competent ministries at federal and state level.

The Federal Foreign Office chairs the German IOC Section. The President of BSH Karin Kammann-Klippstein (PhD) is the Head of Delegation to sessions of the IOC governing bodies. The Secretariat of the D-IOC is located in the Unit “Science Management and Communication” at the Federal Maritime and Hydrographic Agency. The tasks of the secretariat are in the responsibility of Matthias Wunsch.