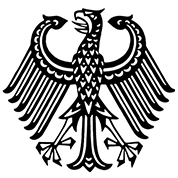 Please use this form for an application for a test and inspection report, certificate of conformity or national approval and also refer to the instructions for electronic forms. You can fill in this form online, print it out and save it locally or print it out blank and fill it in manually.

In this BSH-Zulassungen ab 01.01.1999 (xls, 376KB, Not barrier-free file.) of BSH approvals from 01.01.1999 you will find marine equipment for which the BSH has issued a national approval since 1 January 1999. The list (compressed file, e.g. unpack with WinZip) is an Excel table sorted by object, date and manufacturer; you can search, filter or sort the list according to your own requirements.

Information on radio equipment approved by the BSH until 31 December 1998 can be found on the website of the Bundesnetzagentur für Elektrizität, Gas, Telekommunikation, Post und Eisenbahnen, Außenstelle Hamburg.