At the German coasts and in the Baltic Sea area, ice occurs only seasonally. The ice winter 2019/2020 in the northern Baltic sea area started in November. Publications from the last season are currently evaluated and will be available in the archive soon.

Due to technical problems, the archive of ice information is currently only available to a limited extent. If interested, please contact ice@bsh.de or +49 381 4563-780.

Via the following links to our FTP server you can access our archived publications. Please note that no ice reports or ice charts are issued for areas without ice occurrence. 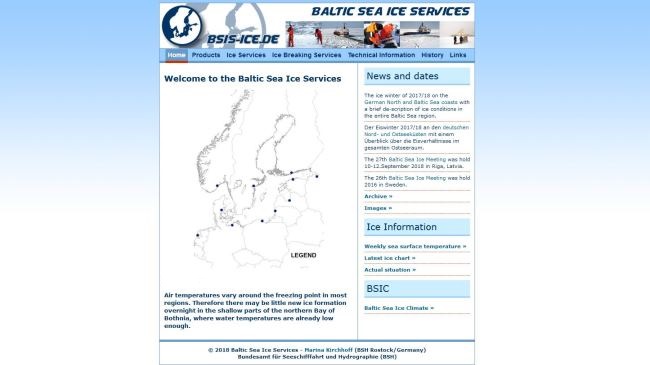